Bourbon is the most famous of the Bourbon-descended varieties. It is a tall variety characterized by relatively low production, susceptibility to the major diseases, and excellent cup quality.

French missionaries introduced Bourbon from Yemen to Bourbon Island (now La Réunion)—giving it the name it has today—in the early 1700s. Until the mid-19th century, Bourbon did not leave the island. But beginning in the mid-1800s, the variety spread to new parts of the world as the missionaries moved to establish footholds in Africa and the Americas.

The Bourbon variety was introduced to Brazil around 1860, and from there rapidly spread north into other parts of South and Central America, where it is still cultivated today. Here it became mixed with other Bourbon-related varieties, introduced from India as well as Ethiopian landraces. Nowadays, there are many Bourbon-like varieties found in East Africa, but none exactly match the distinct Bourbon variety that can be found in Latin America.

Today in Latin America, Bourbon itself has largely been replaced by varieties that descend from it (notably including Caturra, Catuai, and Mundo Novo), although Bourbon itself it is still cultivated in El Salvador, Guatemala, Honduras, and Peru.

Modern cultivars of coffee are derived from two base populations – known as Typica/Típica and Bourbon – both of which are ascensions of Yemen and which were spread worldwide in the eighteenth century.

Around the year 1715, a few plants of Arabica were introduced by the French to the island we know today as Reunion (at that time known as Ile Bourbon) in the Indian Ocean. These Typica trees mutated on the island, giving rise to the variety that became known as Bourbon, which is more productive than its ancestor. This sole characteristic made the new variety a valuable transplant throughout Brazil (where it was taken in the late 18th century) and other parts of Central and South America, as well as on the African continent, particularly in Rwanda.

Bourbon was introduced to Brazil in the 1860s (some accounts have it as early as 1852) to make up for the supply loss caused by a coffee leaf rust outbreak in Java and is part of the reason Brazil rose to become one of the world’s coffee superproducers from that time onward.

Despite the variety’s susceptibility to rust, breeders around the world largely exploited the above mentioned varieties resulting in Typica and Bourbon-derived cultivars. Both produce exceptional cup profiles but display similar agronomic behaviours characterised by high susceptibility to many pests and low adaptability.

Bourbon grows best at heights of 1,100 to 2,000 metres above sea level. It produces a similar quality of coffee as does the Typica variety but normally yields 20% to 30% more coffee. It is, however, considered to be a variety with low productivity when compared to other common coffee plants such as the Bourbon-derived varieties Caturra, Catuaí and Pacas.

Bourbon have large, wide leaves with wavy edges and tend to have more secondary branches in comparison with other coffee trees. The berries are rather small and very thick, and can be red, yellow or pink depending on the sub-variety. Red, yellow and pink (sometimes known as orange) Bourbon are varieties with natural mutation of one recessive gene

Bourbon is valued for its complex acidity and wonderful balance. It often has a sweet, caramel quality and nice and crisp acidity but can present quite distinct flavours depending on where it is planted. El Salvador Bourbons tend to display butter, toffee, and fresh pastry; Rwandan types tend to have a punchier, fruity quality.

Believed to be a ‘natural’ mutation of Red Bourbon first found in Brazil in the 1930s. Read more on the history here.

Another ‘natural’ mutation of Red Bourbon first found and developed in El Salvador. The cherries of this plant often are peachy/pink, thus it is sometimes called ‘Pink’ Bourbon. 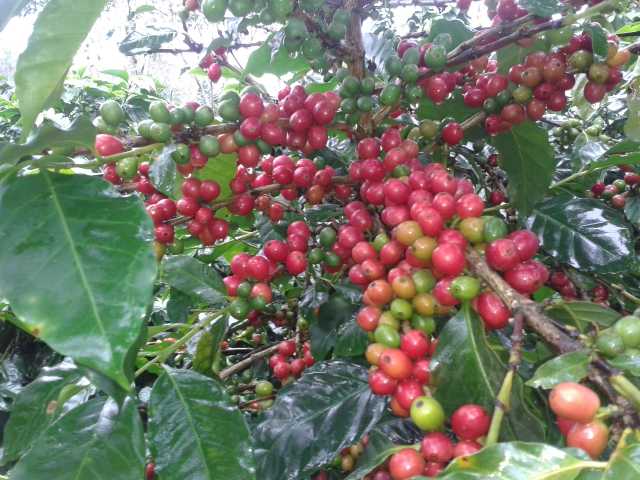 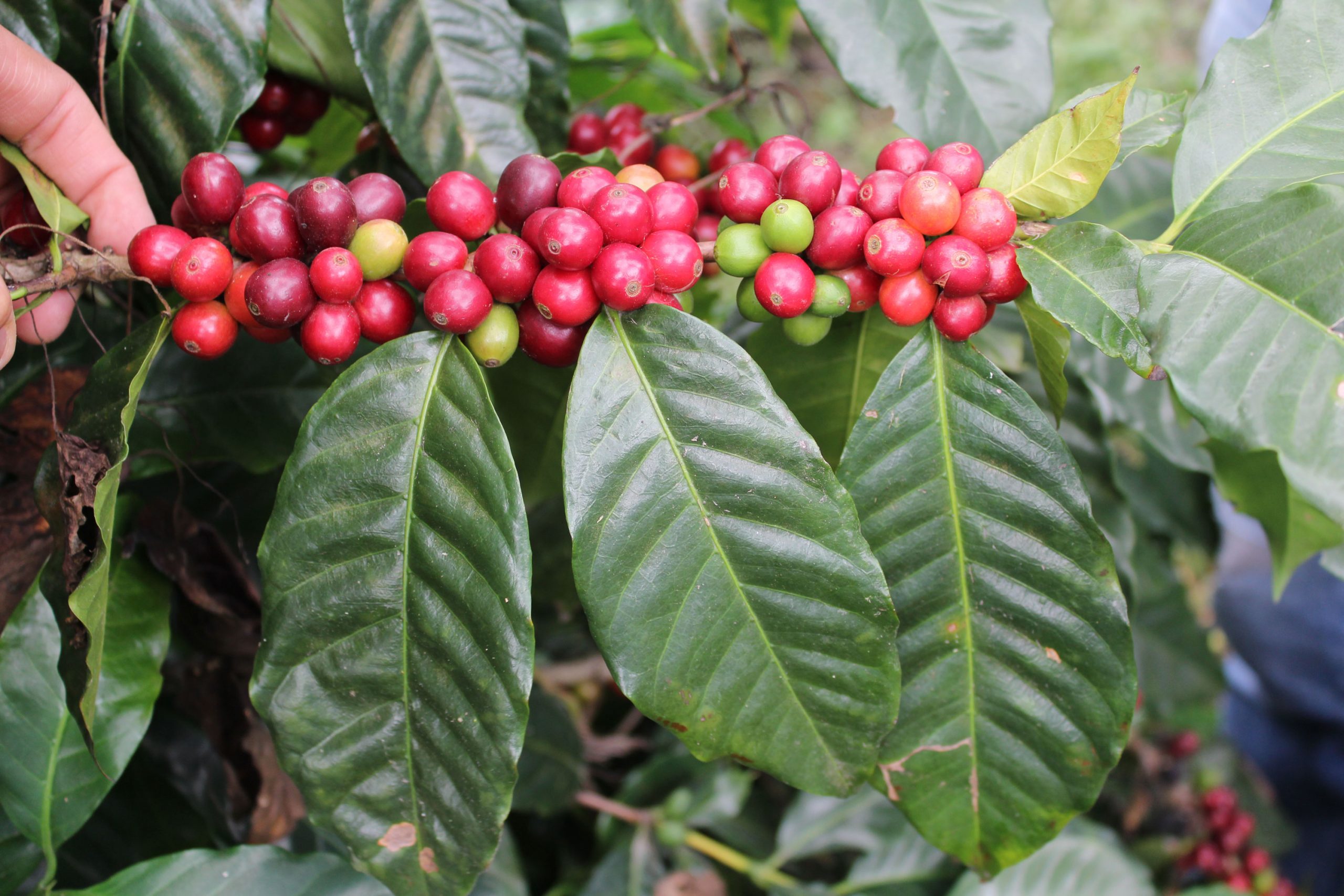