SL28 is among the most well-known and well-regarded varieties of Africa. It has consequently spread from Kenya, where it was originally selected in the 1930s, to other parts of Africa (it is important in Arabica-growing regions of Uganda, in particular) and now to Latin America. The variety is suited for medium to high altitudes and shows resistance to drought, but is susceptible to the major diseases of coffee. SL28 is notable for its rusticity—a quality meaning that it can be left untended for years or even decades at a time, and then return to successful production. There are SL28 trees in many parts of Kenya that are 60-80 years old and still productive.

SL28 was selected at the former Scott Agricultural Laboratories (now the National Agricultural Laboratories, NARL situated at Kabete—more information below). Individual tree selections made at the Scott Laboratories during the 1935-1939 period were prefixed SL. Fourty-two trees of various origins were selected and studied for yield, quality, and drought and disease resistance. SL28 was selected in 1935 from a single tree in a population called Tanganyika Drought Resistant. In 1931, the senior coffee officer of Scott Labs, A.D. Trench, conducted a tour of Tanganyika (now Tanzania). According to historical documents, he noticed a variety growing in the Moduli district that appeared to be tolerant to drought, diseases and pests. Seed was collected and brought back to Scott Laboratories, where its drought resistance was confirmed. It was widely distributed until superseded by its progeny, SL28. SL28 was considered the prize selection of this period of intensive breeding.

Recent genetic tests have confirmed that SL28 is related to the Bourbon genetic group.

Research was conducted at the lab and in cooperation with private estate owners. A history of the labs states: “The trial of imported varieties is a conspicuous feature of the work at the Laboratories…. Selections from individual trees showing desirable characteristics are being grown.” Other coffee work included comparative yield trials, grafting experiments, and effects of pruning, shade trials, and cover crops, among others. In 1944, Kenya decided to move coffee research to a dedicated coffee research station with better facilities for field experiments; Jacaranda Estates (20 miles north of Ruiru) with 380 acres. It became operational in 1949. Substations were also established in Upper Kiambu in 1957, Meru in 1958, Kitale in 1938, Lake Victoria in 1959, and Kisii in 1957. 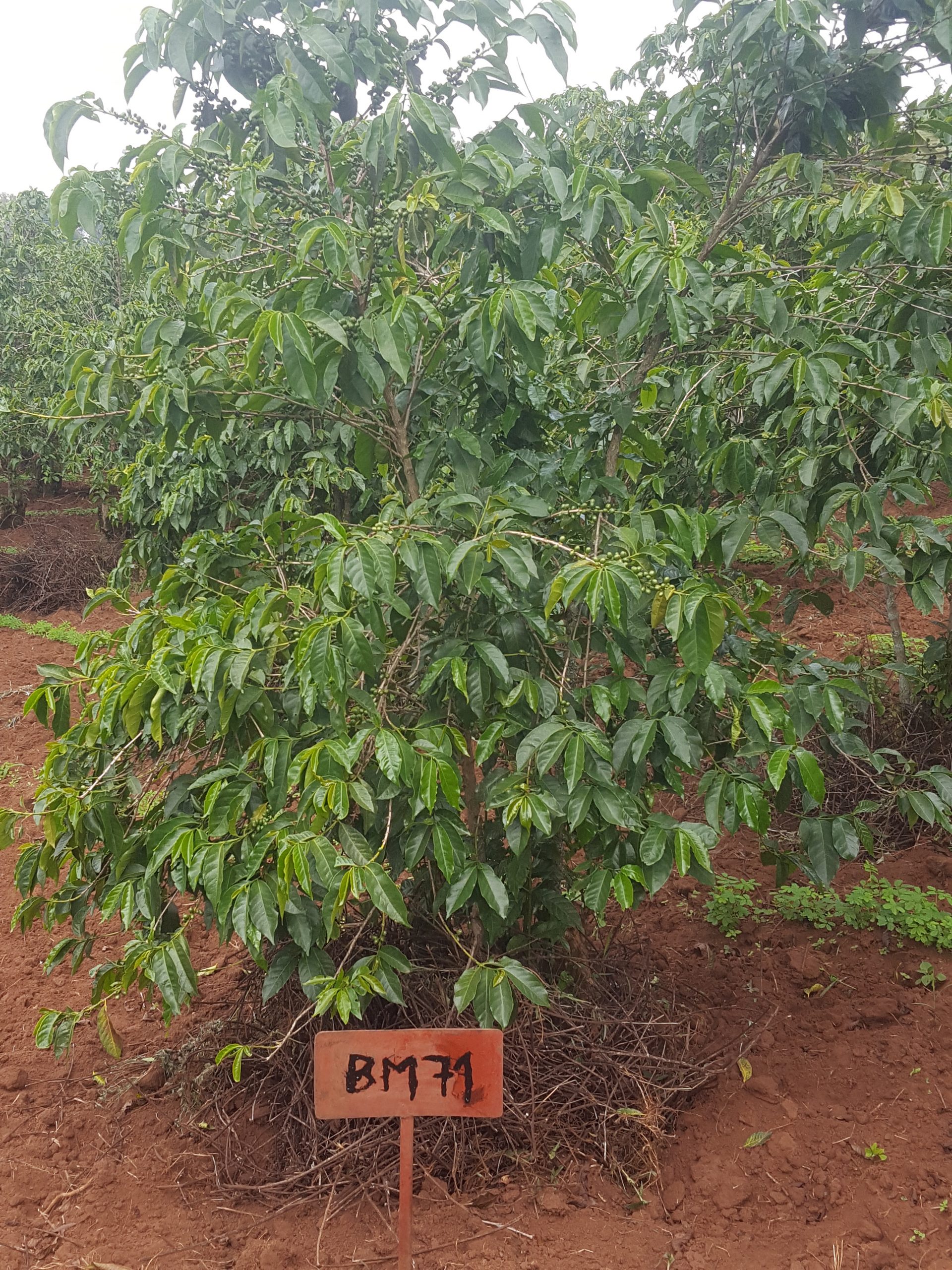