Catimor was developed in Portugal in 1959 by scientists searching for the magical formula of high yields, high disease resistance and small plant size (i.e. higher density planting).  The variety is a hybrid of the Timor Hybrid (resistant to coffee leaf rust due to its Robusta genetic roots) and Caturra.

Catimor was first introduced in Brazil in 1970, but shortly after the plant quickly spread throughout Latin America via experts looking for coffee varieties with high productivity and high yields. At high altitudes and very low altitudes, the plant does not tend to thrive. However, at around 700 to 1,000 meters it is at its optimal.

Established at mid-to lower altitudes, where coffee borer beetle and other diseases and pests were more likely to occur, the results were initially promising. Soon after, however, it became apparent that Catimor can sometimes lack the quality in the cup needed for wider appeal, leaving many farmers growing Catimor in great difficulties. Furthermore, because of the energy expended in producing bumper yields, Catimors have shown a tendency to have a short life span. In Indonesia, for example, the productive life of the average Catimor tree is only 10 years.

Catimor trees are small in size, allowing for more dense plantings, and fruit is quick to ripen, guaranteeing high productivity if well maintained. Its branch is ramified similarly to C. canephora plants and its leaves have a tell-tale reddish brown hue when they are just emerging. One of the main challenges in cultivating Catimor can be the inputs (fertilisation and shade) required to maintain productivity, which need to be monitored very closely and can be costly.

Today Catimor is common throughout Indonesia and Vietnam. In the wake of Central America’s coffee leaf rust crisis, it is also becoming increasingly common at higher altitudes in countries such as Mexico and Peru.

One of the major issues often cited with Catimor is the issue of cup quality. At low altitudes, there tends to be little or no sensory difference between the variety and other C. arabica varieties. Distinction in taste can arise, however, when the plants are planted higher than 1,200 metres above sea level. In such cases, many would express a preference for Caturra, Bourbon and Catuaí. However, we’ve met Catimors that we like very much, indeed – for instance, those from Vietnam and Indonesia. We maintain that well-cared-for and well-processed Catimor can display great characteristics. To quote our friend Steve Leighton at HasBean, “There is no such thing as a bad varietal, just a varietal planted in a bad space.”

Catimor T-8667 – is a rather short plant with very big berries and seeds.

Catimor T-5269 – a strong plant that adapts well on growing heights between 600-900m above sea level with rainfall more than 3000mm per annum. 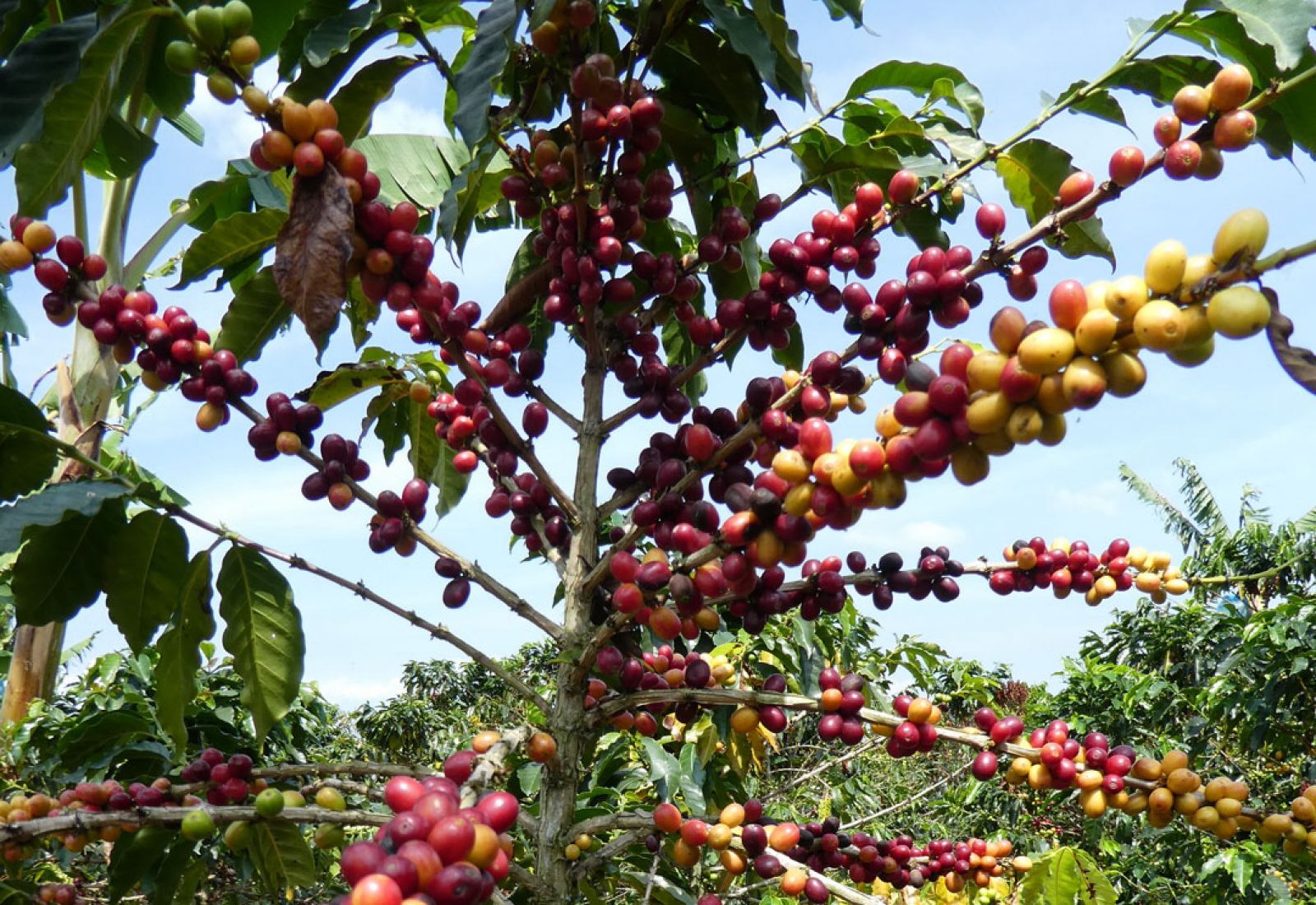